Destination Name: Kauai
Country: Hawaii
Destination Type: For hikers and lovers of nature.
How to Get There: Kauai has its own airport, but it is necessary you rent a car once you are on the island.
Cost: The island is similar in expense to the rest of Hawaii. A rental car will cost about $100 a day with insurance and a GPS. Meals will cost anywhere from $10 to $20 per person. Enjoying the beaches and beauty of the island is free.
Duration: We stayed for only one full day, so we did not get to see much. We chose to drive around the island to see as much as we could in one condensed day.
Summary: Kauai is nicknamed “The Garden Isle” for its natural beauty. With so many different landscapes packed into one small island, it has something for every nature lover.

Everyone has their own reasons for traveling. When you choose a destination, you have in mind what you expect to see from visiting the country and what you want to do. One look at Kauai Island, Hawaii and you know exactly why someone might go there. Nicknamed “The Garden Isle”, Kauai has been the set of many movies, including Jurassic Park, because of its natural beauty. With landscapes ranging from canyons to forests and beaches to mountains, this is an island for nature lovers, hikers, and beach-goers alike.

Deciding to go to Kauai, we knew we would have only one full day on the island (with two half days). What we did with that day would have to be a condensed version of the island itself. We wanted to see as much of the island as we could, and we decided the best way to do that would be to drive around the island for the day and get off wherever we felt to see what we could see. A fairly good plan we thought.

We arrived on a Friday around 4 PM, picked up our rental car (a necessity when on Kauai), and went off to check into our hotel in Wailua. By the time we were ready to go out, it was nearing sunset. It was time to find food, so we asked the concierge where a good place to eat was. Failing to find the recommended restaurant, we found a local spot and ordered a seafood platter that included fish, scallops, and shrimp for $9.50 USD. We came back to the hotel and enjoyed some drinks at the bar for the remainder of the night.

Saturday was our one full day, and we wanted to make the most of it. After waking up, we immediately set out for breakfast. Kountry Kitchen is a local restaurant that was very popular during breakfast time. We ordered the special pancakes for the day and a garden benedict. After fueling up our bodies, we were prepared for our day of driving. Being in the middle point of the main highway that wraps around three-quarters of the island, we decided to first travel to the south-west corner of the island. The drive was beautiful which included two stops at waterfalls (Wailua Falls and Opeakaa Falls), many scenic viewpoints of the canyons and landscape, and beaches. We stopped at Waimea for lunch, grabbing a burrito and tacos, shaved ice, and a smoothie to beat the heat. Also, we shopped for some souvenirs. After Waimea, we came to a dirt road that had a sign claiming the road floods when it rains. Because it was raining, we decided we had come far enough and turned back. 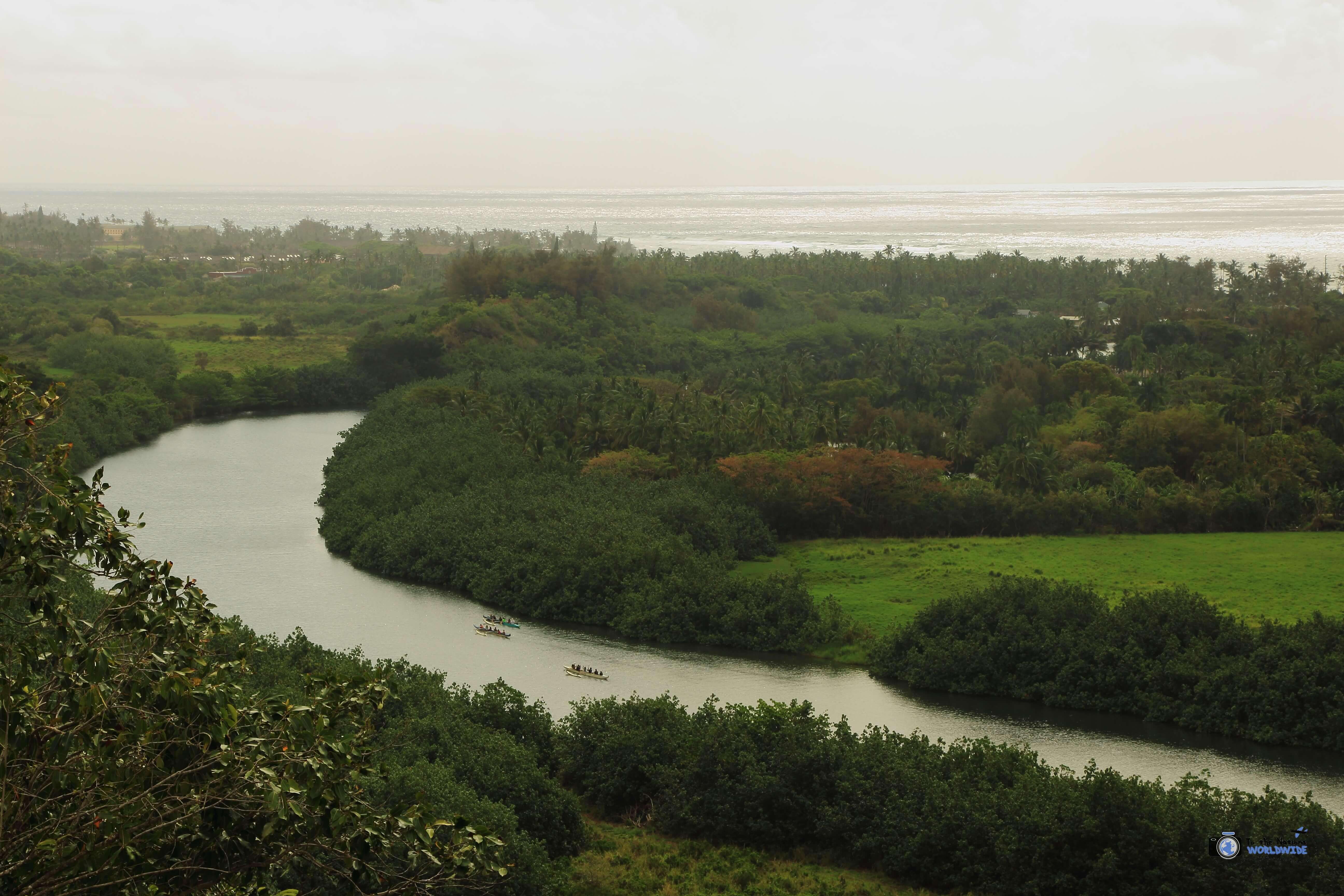 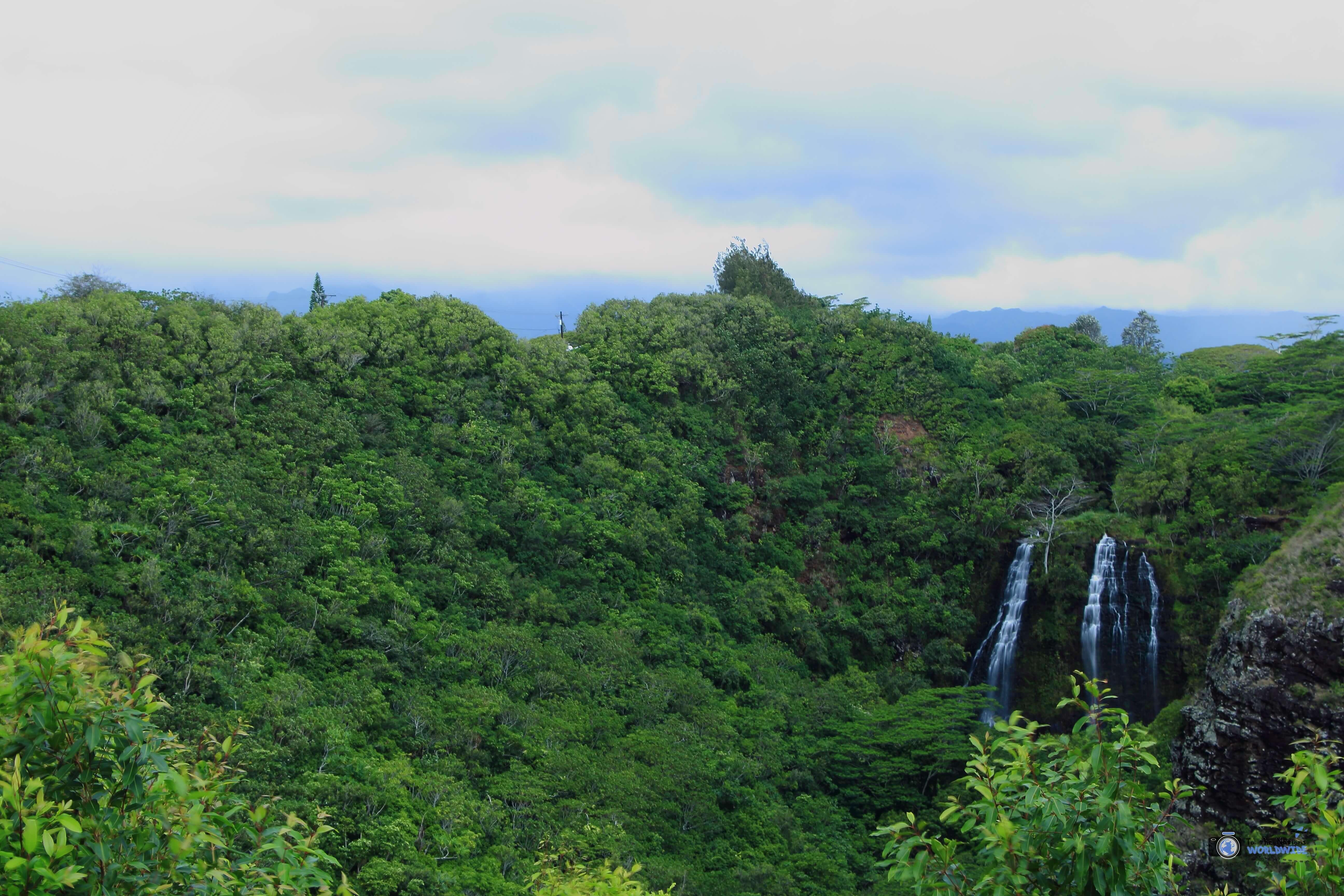 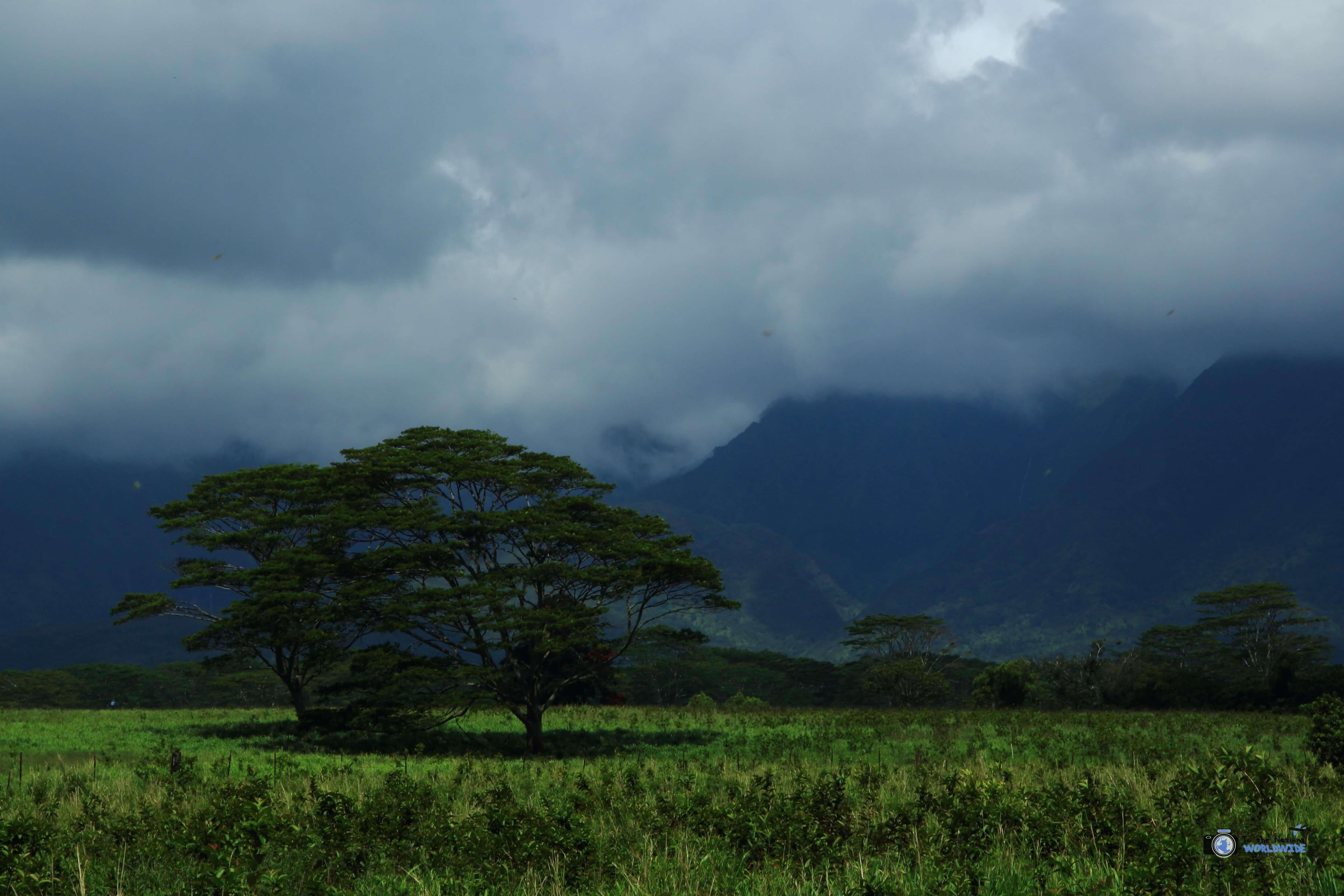 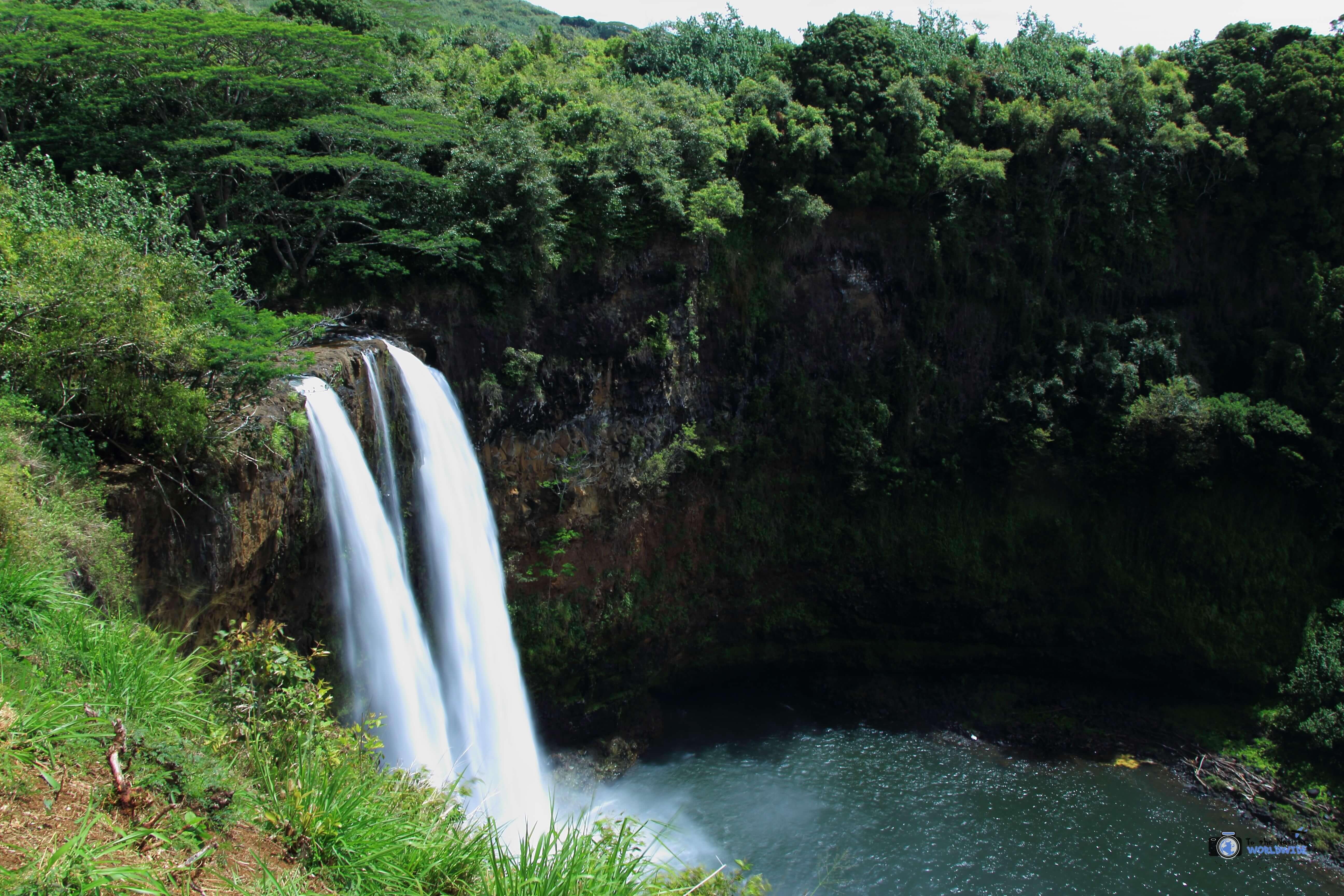 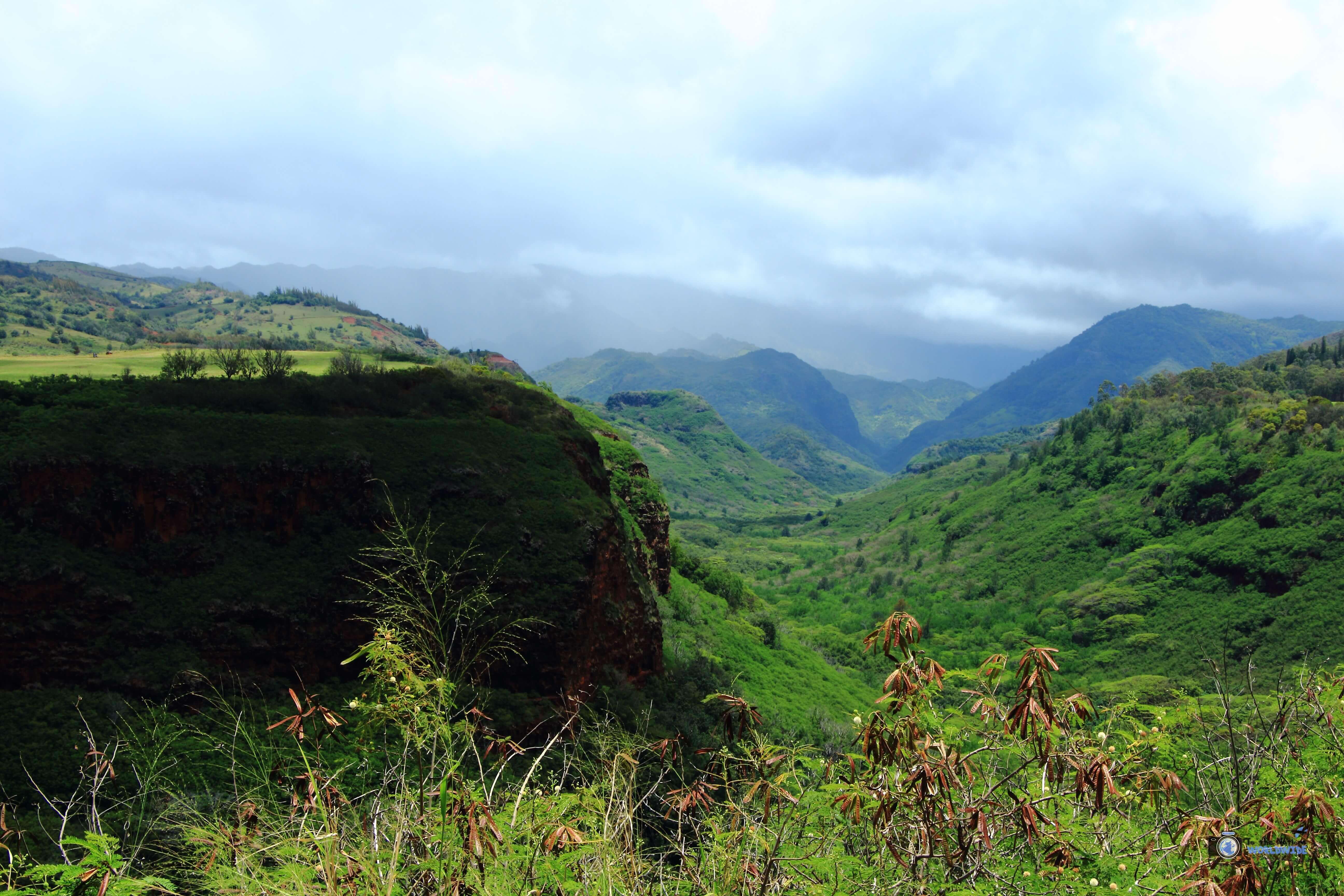 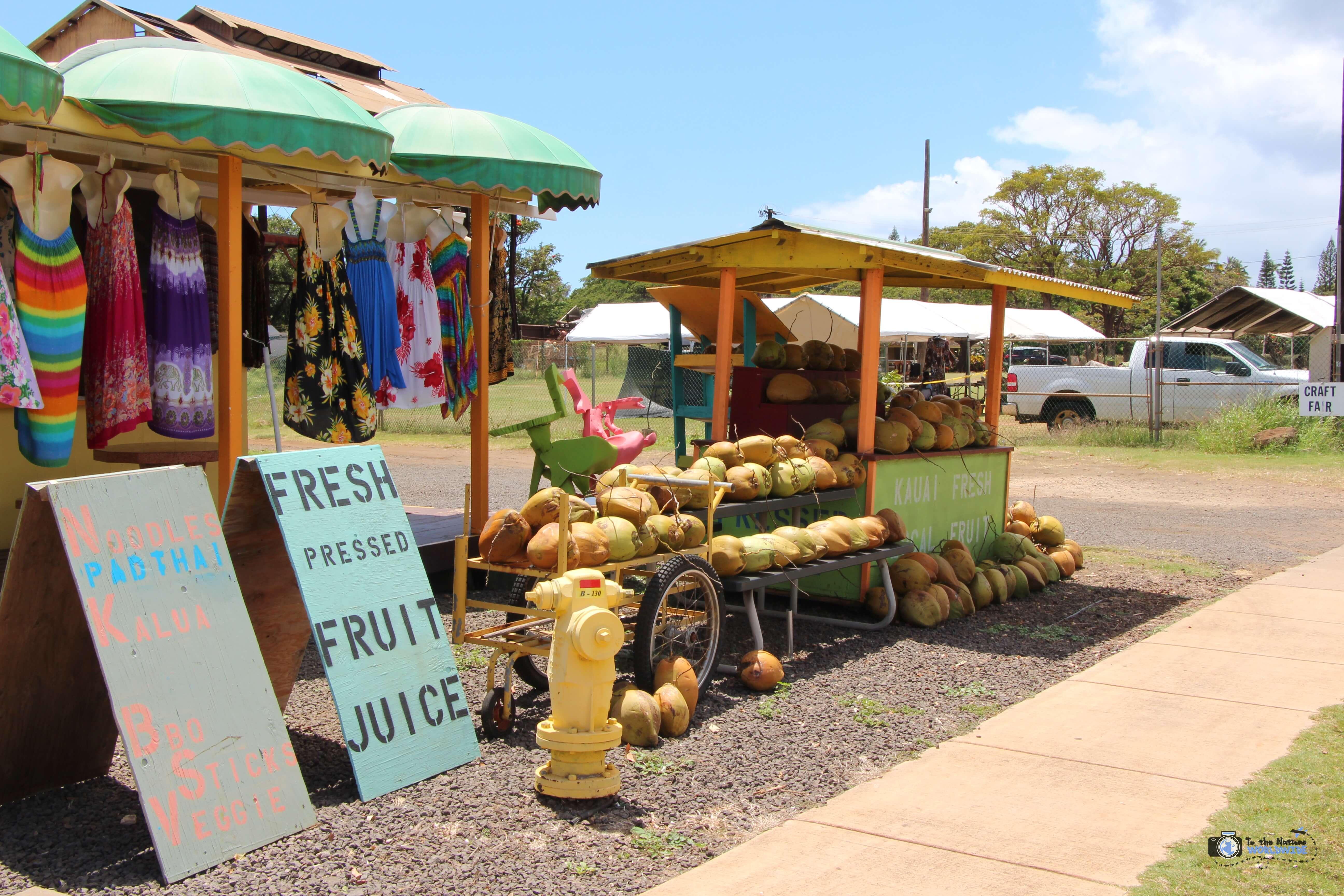 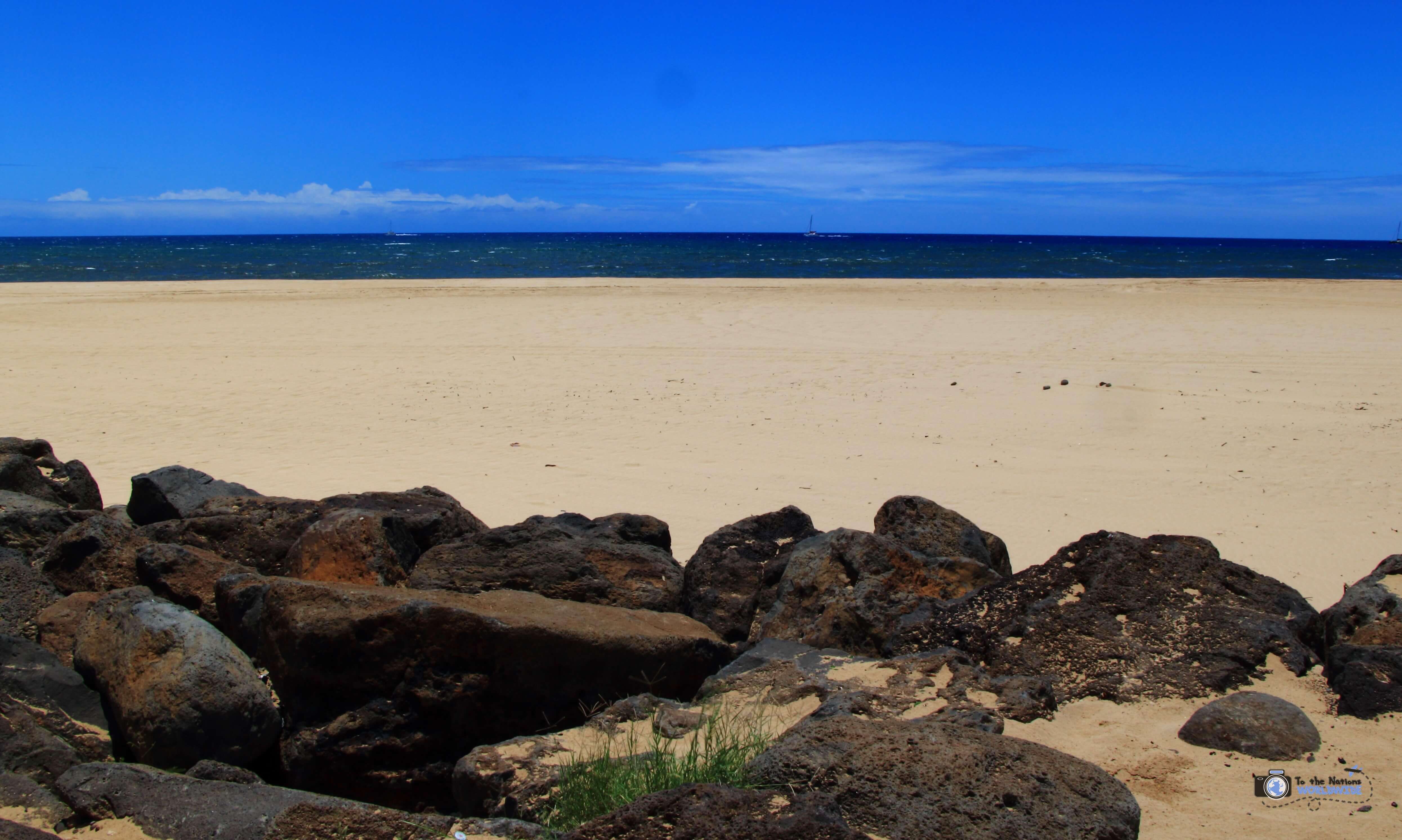 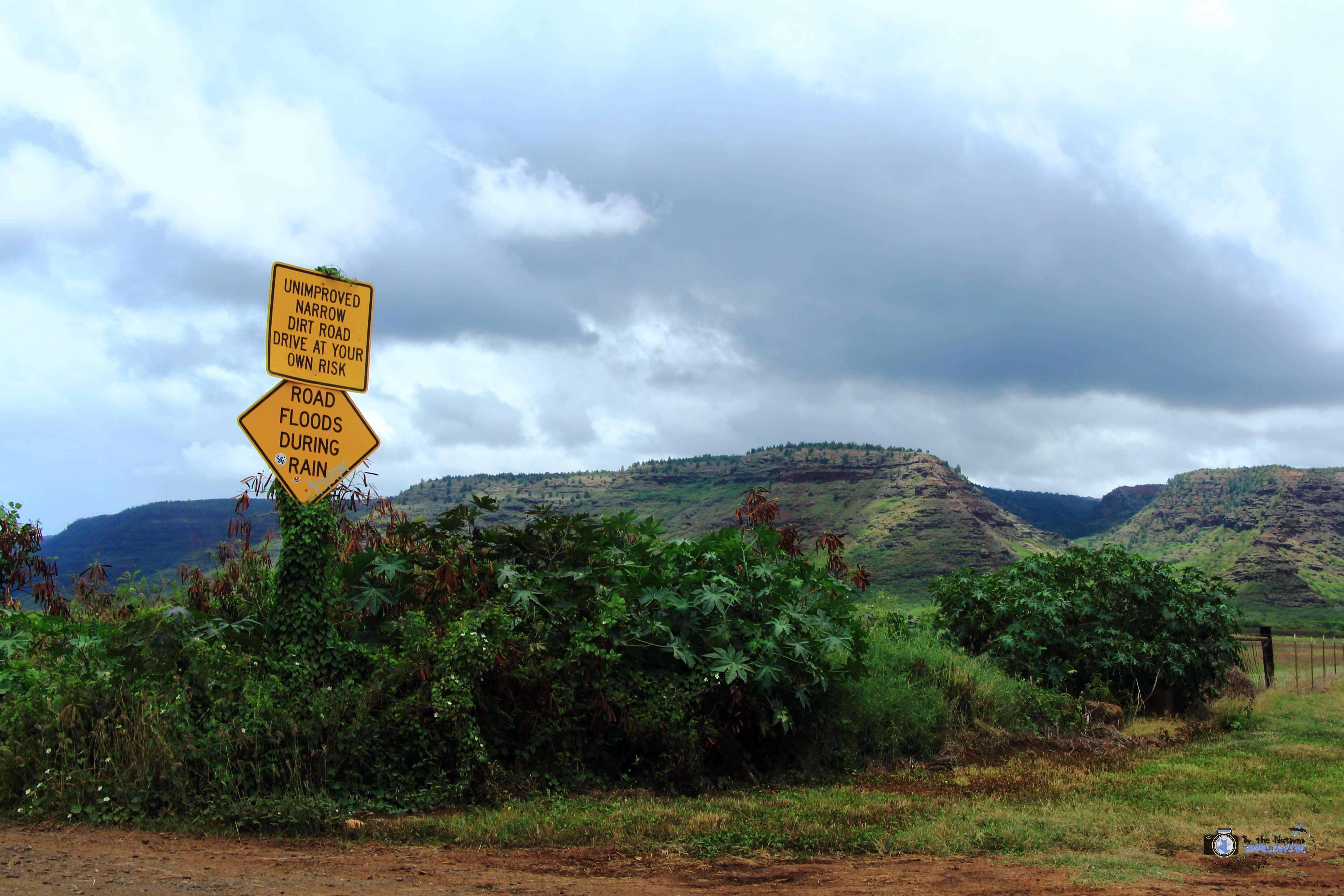 By this time it was close to 2 PM, so we made our way back to our hotel and continued on to the north side of the island. This side of the island was covered with hills and dense forest, windy and narrow roads, and beaches. It was a beautiful ride to Ke’e Beach and the trail head to the Kalalau Trail. We turned around after this and got coconut shrimp and fish for dinner in Princeville. Our day of driving had finally come to an end. Exhausted, we went back to the hotel to catch a quick sleep around 7 PM. You can read more about our day of driving around Kauai, Island in detail here. 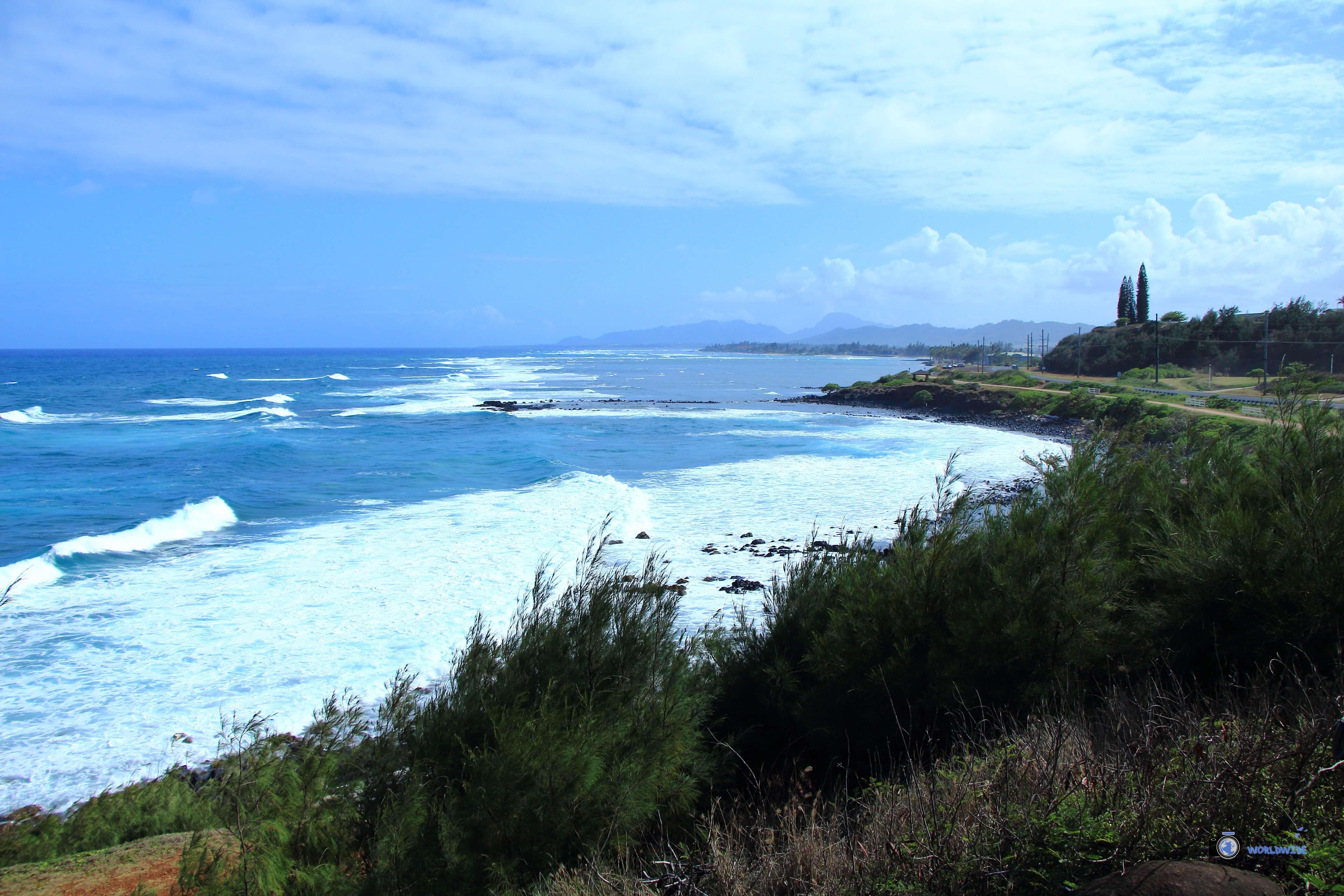 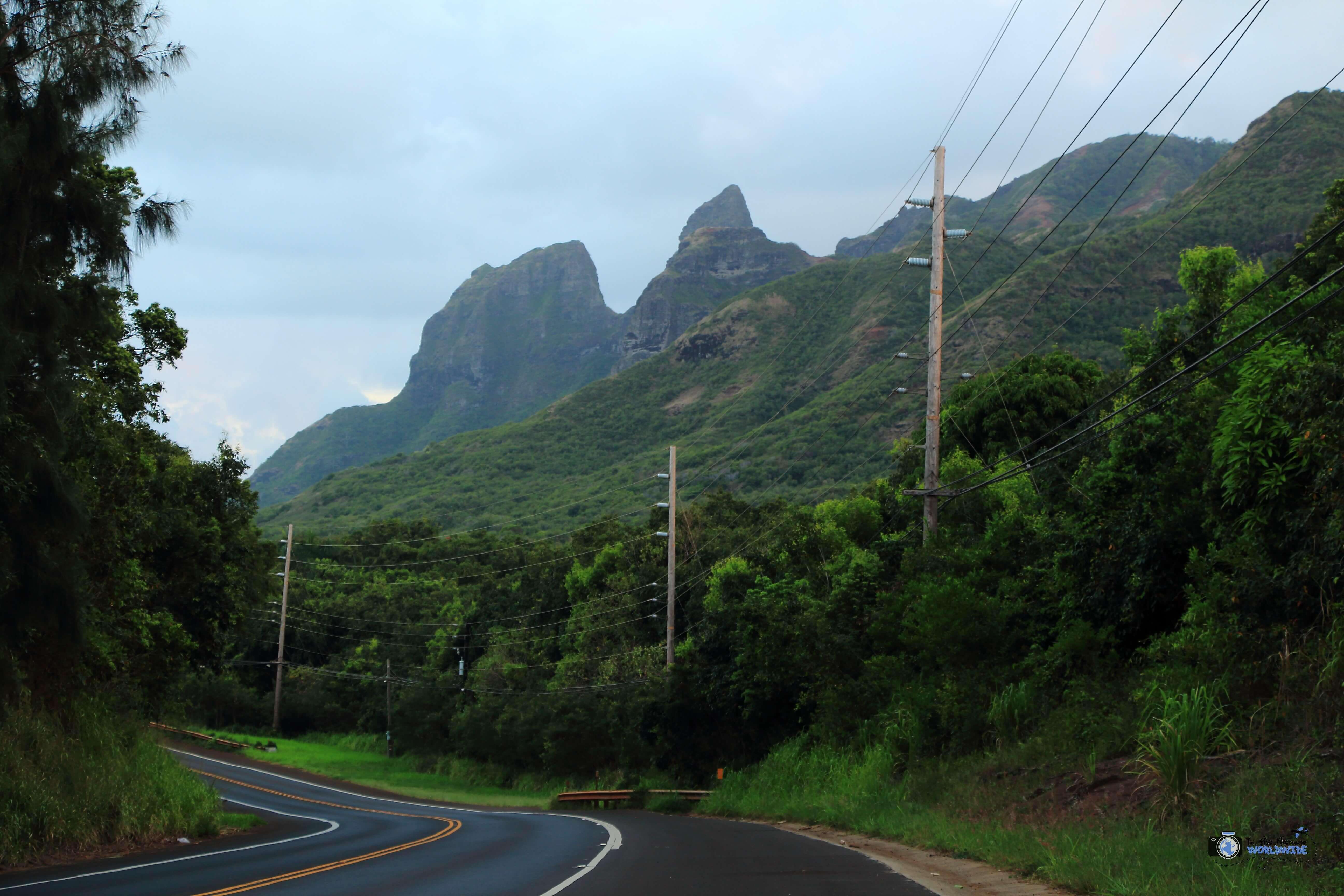 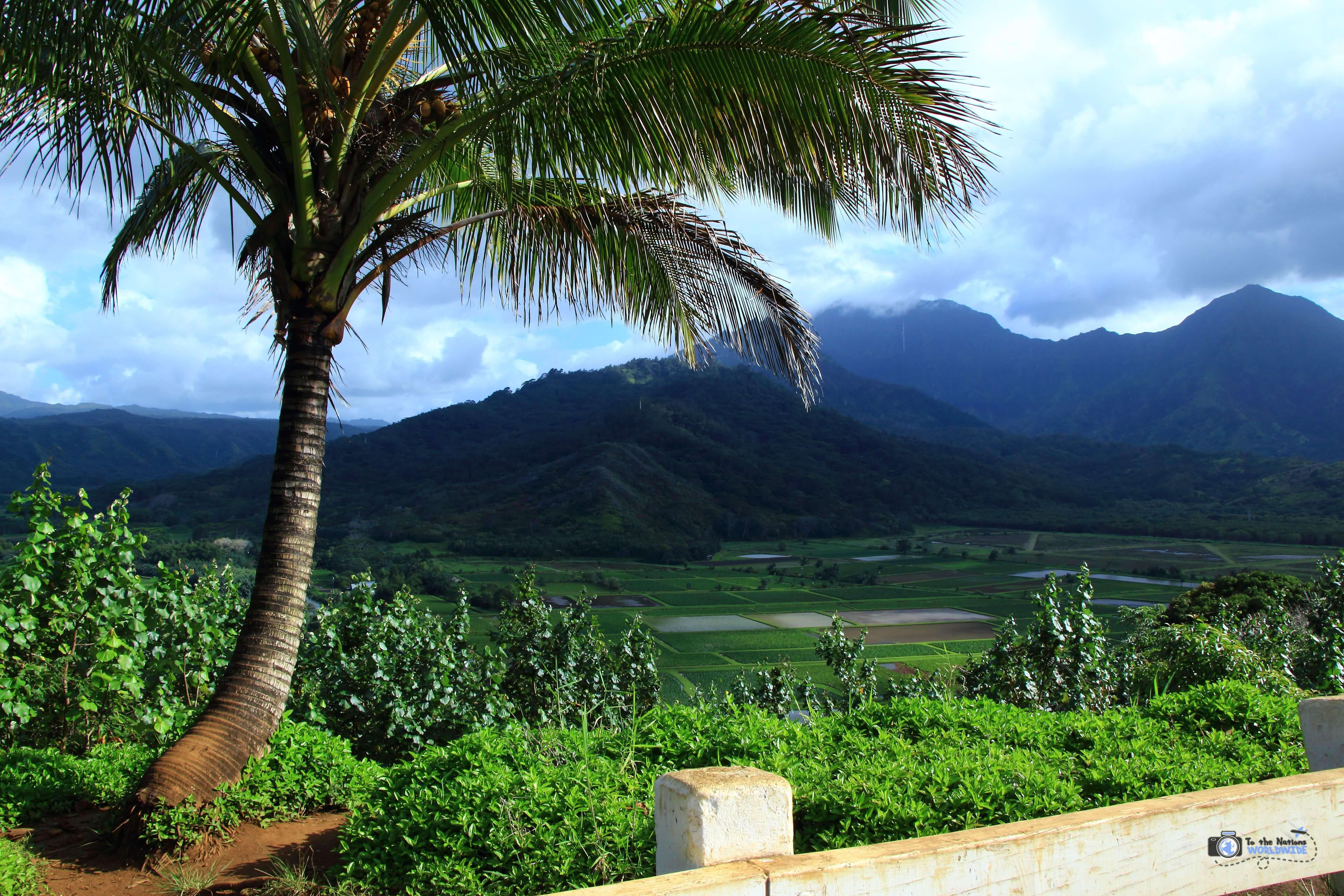 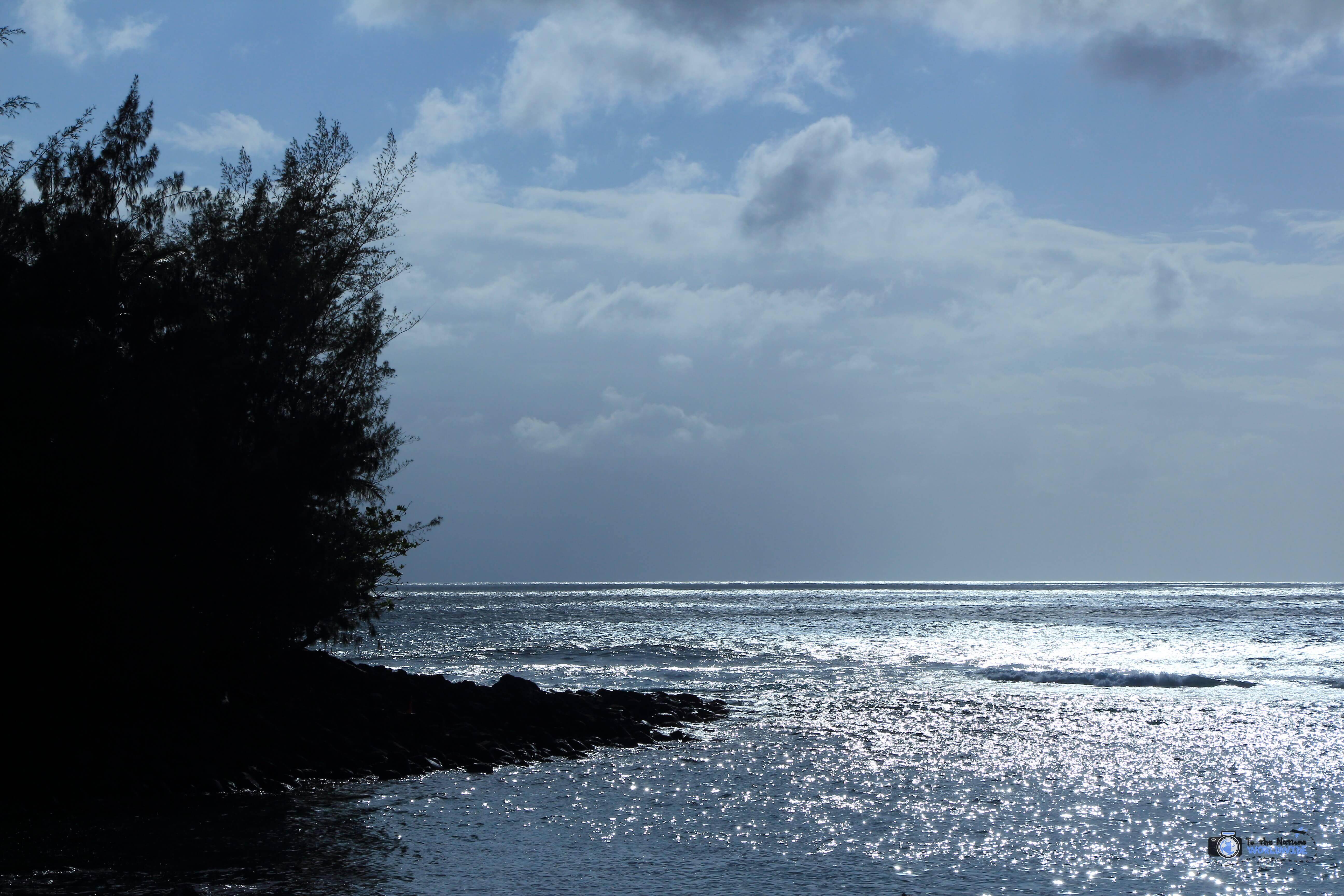 This is when things got really interesting for us. About an hour after laying down, I felt a dripping coming from my ear. Now, since I had landed in Kauai my left ear had not popped. Throughout the day, pressure had built up so much in my ear that it finally exploded when I laid down on the bed. My ear drum had ruptured. The pain was indescribable. There is nothing like pain coming from within your head. We went to the hospital to see the doctor, only to be told that there is nothing to be done and I just need to let it heal. A very expensive trip to the hospital considering we did not get travelers insurance. Read more about that story and why you should always get travelers insurance. 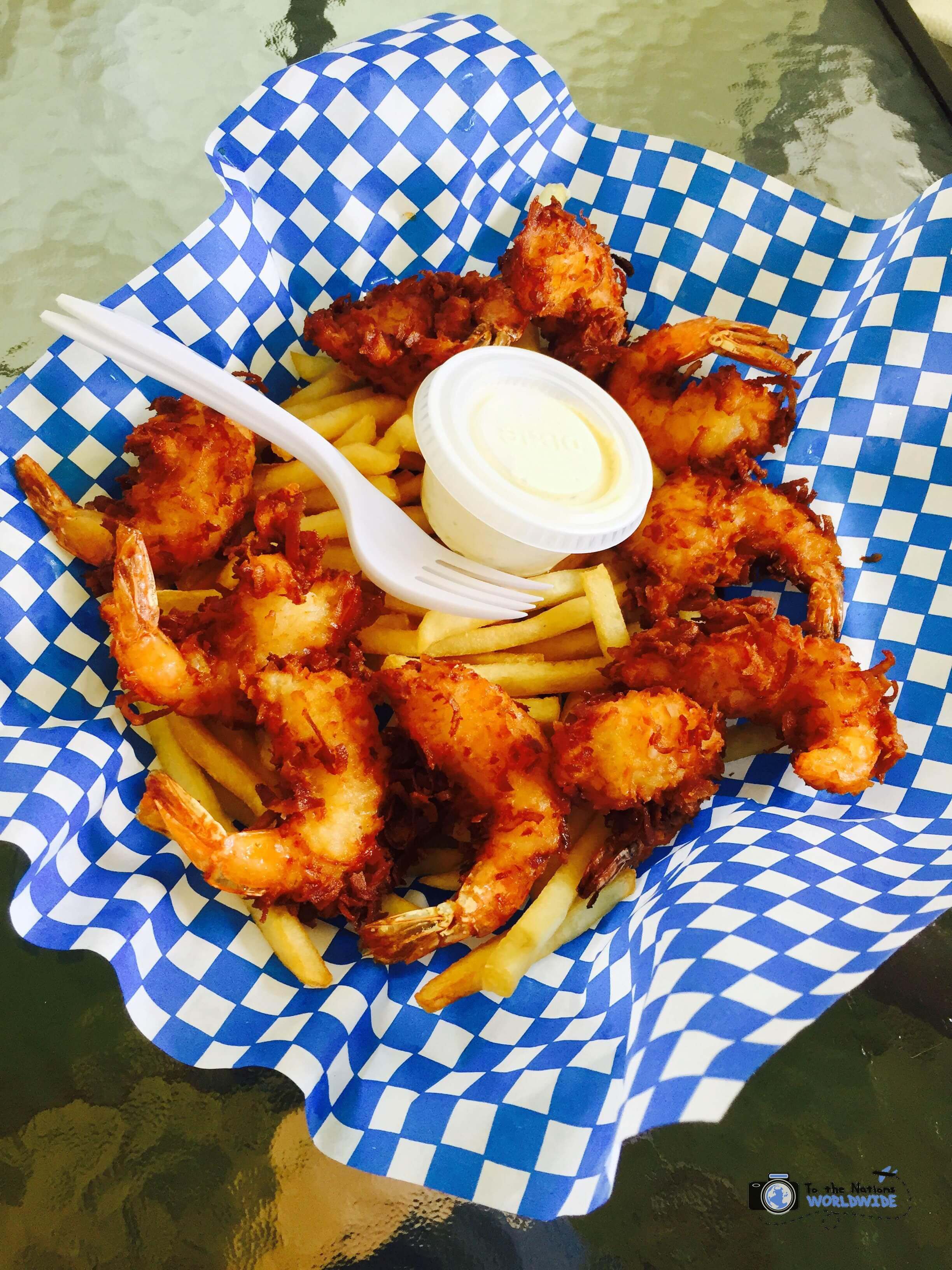 After a long and painful night, we were ready to leave Kauai the next day. We woke up late and grabbed a lunch which included coconut shrimp and fries. We dropped the car off, and caught our flight to Honolulu. Despite the hospital visit, we were left with nothing but amazing memories from Kauai. We were privileged enough to see an island so naturally beautiful, yet we wished we could see so much more of it. Maybe for the next time we visit.

Experience: Driving
Where: Kauai Island, Hawaii
Type: Adventure / Nature
How: We rented a car, which is a necessity when visiting Kauai, and drove around the island for a full day. Though you cannot drive around the entire island, we went from one end to the other.
Cost: Renting the car with gas, insurance, and a GPS navigator costs about $100 USD per day.
Duration: We took a full day, driving from the middle point of the island to one end and back, and later we drove to the other end of the island.
Summary: Seeing the different landscapes, viewpoints, and waterfalls was well worth renting a car and driving it around Kauai Island for the day.

For some, seeing the natural surroundings of a destination does not impress them when traveling. Some travelers need adventure and adrenaline mixed in with the beauty of nature to fulfill their travels. Kauai Island in Hawaii offers just that to travelers, if you are willing to pay for it. From hiking through the magnificent green foliage of the island, to tubing and off-roading, to helicopter rides to the islands unreachable areas, the island has something for every type of traveler.

Our first trip together to “The Garden Isle”, as Kauai Island has been nicknamed for its beautiful green color throughout the island, was filled with ups and downs. It marked my first time visiting the hospital while traveling, as well as riding in an ambulance. However, there were many other experiences that shadowed over the previous one. One of which was driving around the island for the day.

It is not possible to drive around the entire island of Kauai, but just about three-quarters of it. The island is covered with lush green jungle, canyons, cliffs, beaches, waterfalls, and hills. Kauai has so many different landscapes in such a small area.

We were staying in Wailua, the mid-way point on the main highway that wraps around the island. So, when we left at 10 AM we had a choice of which direction to travel to first: the north or south. We chose the later of the two. Our plan was simple: drive around the island to see as much as we could by car including waterfalls and scenic viewpoints.

Immediately, we went off onto the 580 to see Opaekaa Falls from the road. It was easily marked as a scenic viewpoint and there was a small parking lot for visitors. Just a few steps from the parking lot, we could get a good view of the falls in the distance as they drained into the green foliage below. It was beautiful and a good indicator of what we had in store for us today.

Following Opaekaa Falls, we traveled further down south and took another street that read “Wailua Falls”. Excited for another view of a waterfall, we drove for 10 minutes on a road through flat land and forested areas until we reached a dead end and a small parking lot for visitors. It was from here that there was a lookout to Wailua Falls which were much closer and larger than Opaekaa Falls.

We continued on south-west towards Waimea. On our way we stopped at another scenic viewpoint that displayed the amazing canyons that are famous in this area of Kauai. Waimea was a good town to stop for souvenir shopping and lunch which included a burrito, shaved ice, and a smoothie. Along the road after Waimea is an immaculate white sand beach that stretches the coast. We finally reached the end of the road as we reached dirt road which leads to Polihale State Park. We decided not to continue on as it was close to 2 PM at this point, so we turned back to regroup at our hotel.

After getting back to our hotel around 4 PM, we set out yet again for the north side of the island. We traveled along the roads, stopping off at a scenic viewpoint every once in a while to snap some photos, and continuing on. It was a lovely excursion. We drove through Princeville with the intention of stopping on the way back for a meal. After this town, the roads begin to curve around the landscape and they become much more narrow. We passed one lane bridges and even streams that we were told that sometimes you are not able to cross them after a heavy rainfall (not uncommon in Hawaii). After this drive, we reached a parking lot that took us to Ke’e Beach and the trail head to the Kalalau Trail. 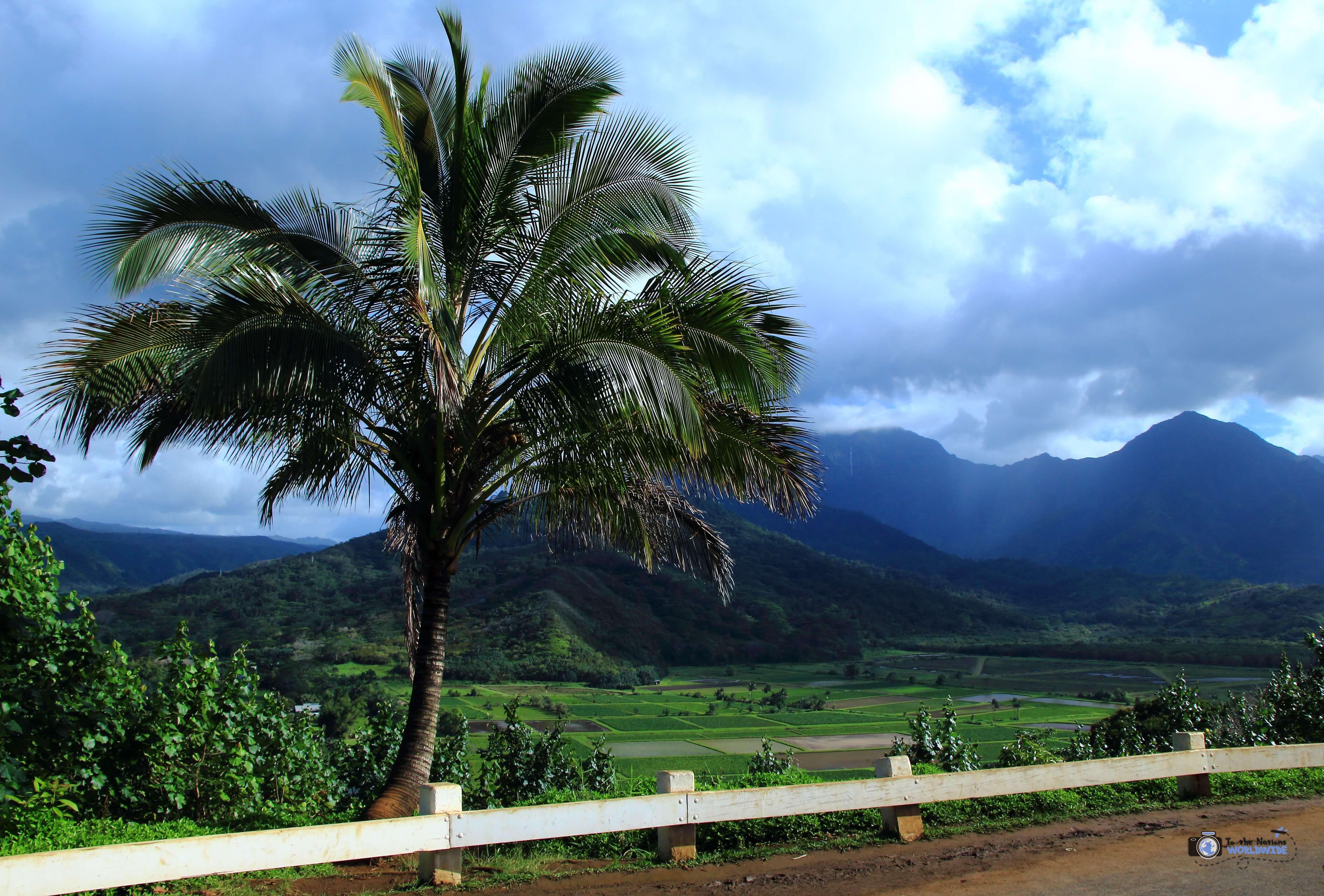 We did not stay for long, as the sun was beginning to set. As previously mentioned, we stopped in Princeville for a dinner of coconut shrimp and continued on to our hotel. By the time we completed this trip, it was 8 PM. Time well spent for one day in Kauai.