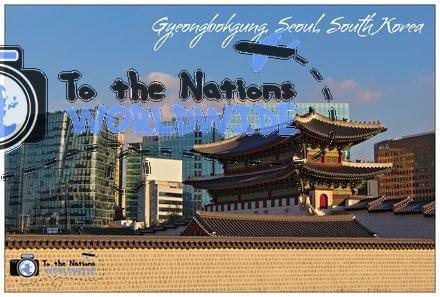 From 2014-2017, I taught English in Seoul, South Korea. My experience was a positive one. For almost a decade I thought about moving abroad to teach, so when it finally came to fruition I was thrilled. I finally got to travel to another part of the world, experience a new culture, and get paid to teach.

If you decide that this is something that interests you or you are looking to travel to Seoul, South Korea, take a look at this 3 days in Seoul itinerary to help you plan your travels.

In the post that follows, I want to let you know my experience in South Korea and why you should teach English in Seoul, South Korea. 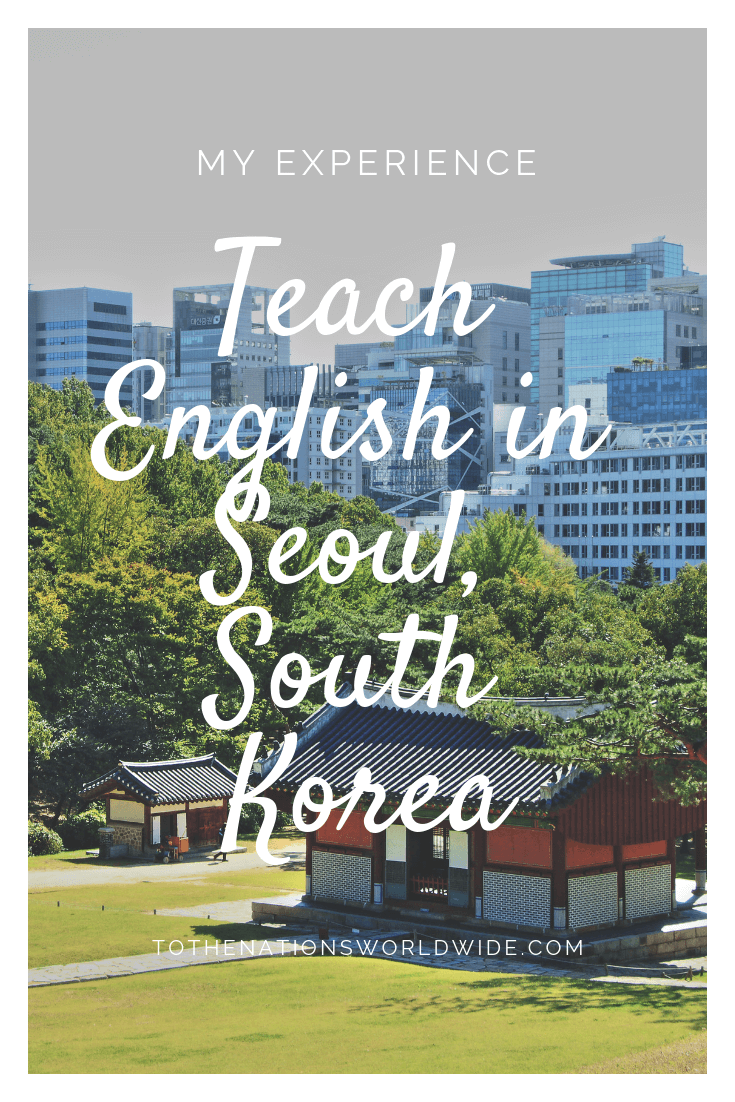 In Grade 10 I had a history teacher that took one class to talk about opportunities that exist for us that allow us to travel the world and learn more about history. He had taught in South Korea for a year and presented the idea to the class that it could be something we could consider. I fell in love with the idea immediately and a little more than seven years later I was on a flight to start my teaching gig in South Korea.

As soon as I had my degree in my hand in 2013, I started the process of sending in my application to different recruiting agencies for teaching in South Korea. They were great to work with and told me the next major hiring was for a February to March start in 2014.

I received my first offer at the end of 2013 from Avalon English. They are a big private institute with branches throughout South Korea. The process included a Skype interview and a video I needed to make of me pretending to teach a lesson (extremely embarrassing in retrospect). The contract came in and I began to do my research of what to expect of these contracts.

The truth is that these larger private companies offer something great for first time teachers in South Korea. Security. Knowing that the institute is not just going to shut down, you get kicked out of your apartment, and left in a country with no money. Believe me, this does happen. The down side to these institutions is that they do not offer anything above the basics in their contracts, they do not budge on their terms, and you do not know where you will be placed in the country and not knowing which branch you will be placed at means that you do not know if you will be at a branch that will take care of you properly.

I was placed in Suwon, a city just an hour south of the capital, Seoul, for a mid-February start at a brand new branch. In the week leading up to my departure with all of my documents and E-2 visa in hand, I received an email letting me know I had been placed in Seoul. This was amazing news to me as this is where I wanted to be. I also had another week before my departure.

Moving time came. I did not know how long I was going to be gone for. The contract was for a year, but I knew I would probably want to stay longer. I brought two carry-ons, a large backpack, and a suitcase. I packed some ridiculous things like laundry detergent (like there would not be laundry detergent available) and suit jackets (thinking I was actually going to suit up while teaching).

I arrived in the airport after a 14 hour flight, called my recruiting company, and was set up with a driver to drop me off at a motel where I would stay for the next two weeks before my apartment was available. The next day I discovered that this motel was a “love motel”, a place where Koreans come for discrete intercourse. Rooms were rented out by the hour. My stay was for two weeks.

The night was spent setting up my phone that was there waiting for me conveniently and letting everyone back home know I had arrived safely and exploring the flashing lights of the side streets that surrounded my motel. The next day I met a few of my colleagues to tour around the area and grab lunch. It was at this point that I was introduced to a community that would forever change my time in South Korea.

The CBHK – Canadian Ball Hockey League – was established for foreigners in South Korea to experience a taste of home while abroad. I registered immediately and became a member of a tight-knit group of like-minded misfits that got together every Sunday to play ball hockey and drink at an outdoor rink.

This is my number one suggestion for anyone moving abroad. Find a community. Be an active member. This will help you with any homesickness you may feel while you are away from home.

Four months into my time in South Korea, I met someone who would change my life. Natalie entered my life, we hit it off right away with our shared interest of travel, and the rest is history.

Besides my personal aspect of being in South Korea, the teaching aspect was interesting. I always worked for private institutions, or Hagwons. I spent one year at Avalon, where I worked from 2 p.m. to 10 p.m. Monday to Friday with having to work one Saturday in the year teaching elementary. All of the lesson plans were provided, so the prep work was minimal. However, in class experiences could be a hassle as workbooks needed to be completely filled out and signed by the teacher to show the parents that something actually got done in class. This was a higher priority than actually teaching a quality lesson.

Cameras are installed in classrooms for liability reasons and for the higher-ups to provide feedback on your performance. This is common at any private institute. Reports were extremely popular, including weekly, bi-weekly, and monthly reports on student progress. This was overkill and it was difficult to even think of that much to say about the student’s work each week. We also had to call students a couple of times a semester (three month semesters) to have a graded discussion on the phone.

Ultimately my time at Avalon was enjoyable because of the people I worked with. I made some great friendships, but when it came time to re-sign or move on, I decided to move on to another private institute just across the park that paid considerably more but required longer hours.

K.P.I. or Kangnam Pride Institute was a much more organized institute where I taught kindergarten in the morning and elementary in the afternoon. More responsibility was given to the teachers, lesson plans needed to be created, classroom etiquette was left entirely to teachers. This was great, but required a lot more work. Unfortunately a lot of the environment here was about complaining about this work. Reports were less frequent than at Avalon, but grading piled up, and special events like an end of the year play put unnecessary stress on students and teachers.

Ultimately I re-signed here for a second year when I moved up from a teacher to an Academic Coordinator where I supervised the kindergarten teachers and developed the curriculum. The pay was right and the work was enjoyable. But after another year, Natalie and I knew it was time to move back to Canada.

You have read my story. It is a positive one, but it should not be forgotten that there are negative stories that come out of people moving abroad to teach. It is important to do your own research on the subject before doing something like this for yourself.

Have you ever taught abroad? What was your experience like? We would love to hear from you in the comment section below.