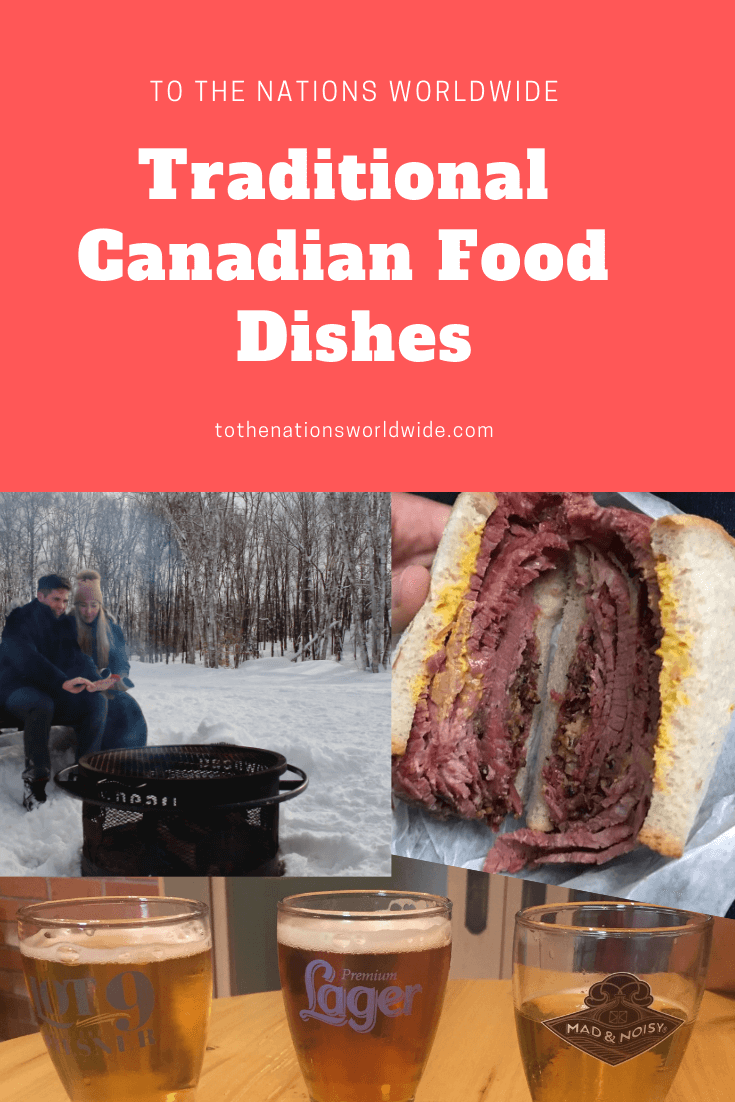 Canada is still a relatively new country. Settled and colonized by the French and British who met the indigenous peoples and lots of fighting later created Upper and Lower Canada now known as Ontario and Quebec, then lots of more fighting, and fighting with the United States, and settling the west, and finally in 1867 after asking again and again and being too polite to fight for our freedom like our neighbors to the south, Britain finally gave us our independence.

This is the history of Canada in a nutshell. So with not as long of a history as other countries, we have not really established our own traditional Canadian food dishes. There is still a long way to go to be able to claim different things as our own. A lot of things are borrowed from our neighbors who in turn borrowed from other cultures.

Though there still are some typically Canadian foods that we are known for and you need to try.

This post serves as a list of different traditional Canadian food dishes. Because everybody loves to try new foods when you are traveling. So when you are traveling to Canada, you may want to make sure these foods are on your list of things to try. Otherwise, did you really even visit Canada? 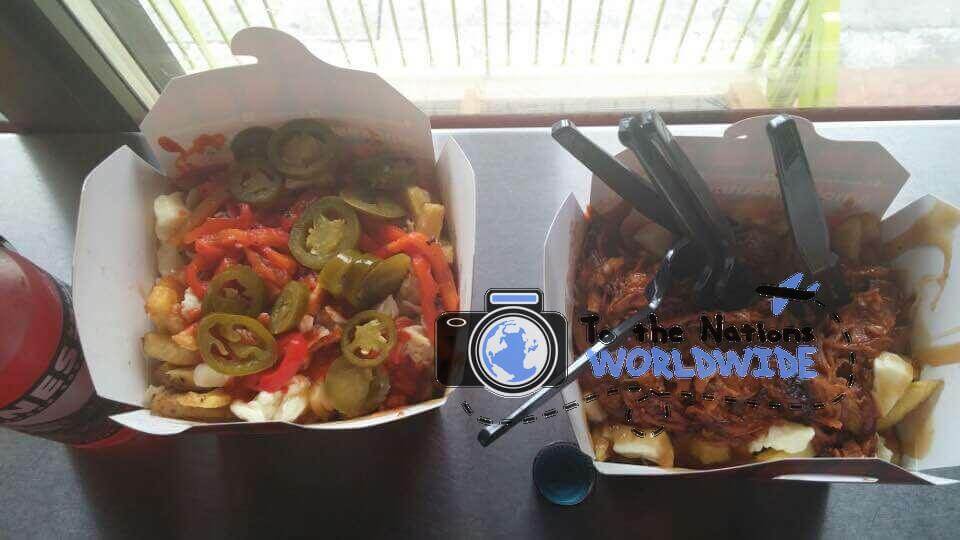 In my opinion, the best Canadian food you can try. The french make the best food it seems. Traditionally, poutine is a side dish that consists of french fries, cheese curds (chunks of cheese), and gravy. The gravy melts the cheese, fusing them to the french fries creating a stringy sensation. Poutine has become a delicious, but greasy, fast food menu item throughout Canada.

Poutine originated in the majorly french populated province of Quebec, Canada. Today poutine has developed from the traditional recipe into a main dish all by itself. Throughout Canada, there are many chains that have their own poutine menu that include additional ingredients like pulled pork (pictured above), bacon, peppers (pictured above), beef, and much more. Poutine has spread into the United States and can be found in some other restaurants around the world that serve Canadian cuisine. 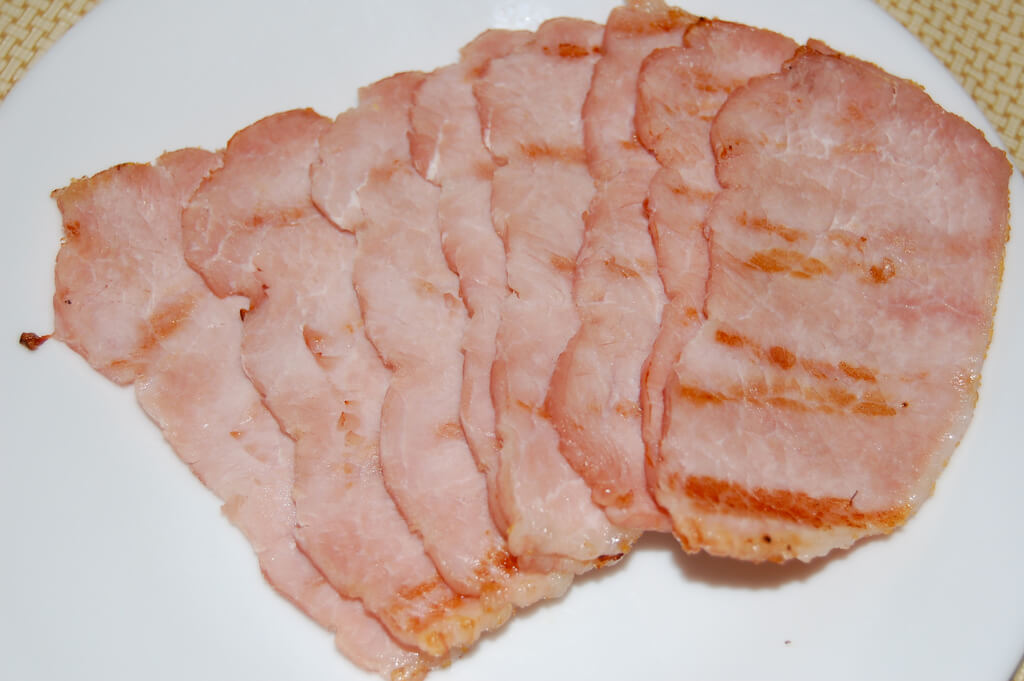 Canadian bacon, or peameal bacon, or pork loin rolled in peameal and cured, is THE best thing to throw on a sandwich or just to have for breakfast as an alternative to bacon. I do not know what is quintessentially Canadian about it other than the name that was coined for it. In Canada, it is just peameal bacon or back bacon.

This one gets me every time. Just seeing the photo of it makes my mouth start to water. It seems everything good comes from Quebec. Food wise. Anyways, this is an amazing deli-styled meat that is smoked and shaved and usually served as a sandwich. Schwartz is the place you need to go to try this if you ever find yourself in Montreal. Do not miss this opportunity. 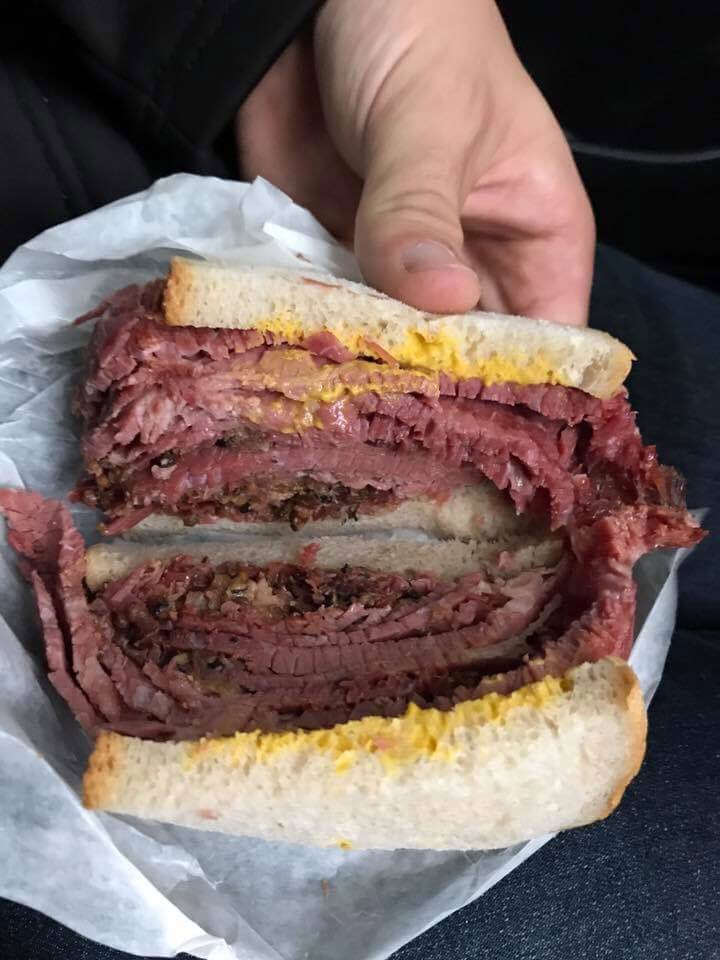 Not really a dish per say, but maple syrup is our thing. This sugary syrup can be literally put on anything. Typically you will find it on pancakes and waffles for breakfast, but do not be surprised if you see someone throwing it on top of some bacon too. 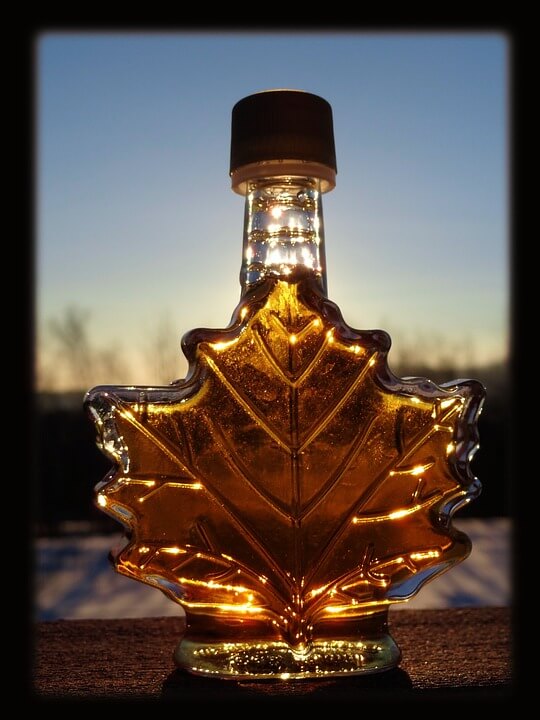 It comes from the tapping of maple trees. See our flag for an example of a maple tree leaf. The nectar of the tree then pours out into a container where it is taken to be refined and cooked to later become maple syrup.

Originated from the town of the same name in British Columbia, Nanaimo bars are the perfect Canadian dessert to have with any meal. They consist of three layers that form the perfect blend of sweet, creamy, and chewy. The bottom layer is wafer and coconut, then on top of that is a custard butter icing, followed by a topping of chocolate. 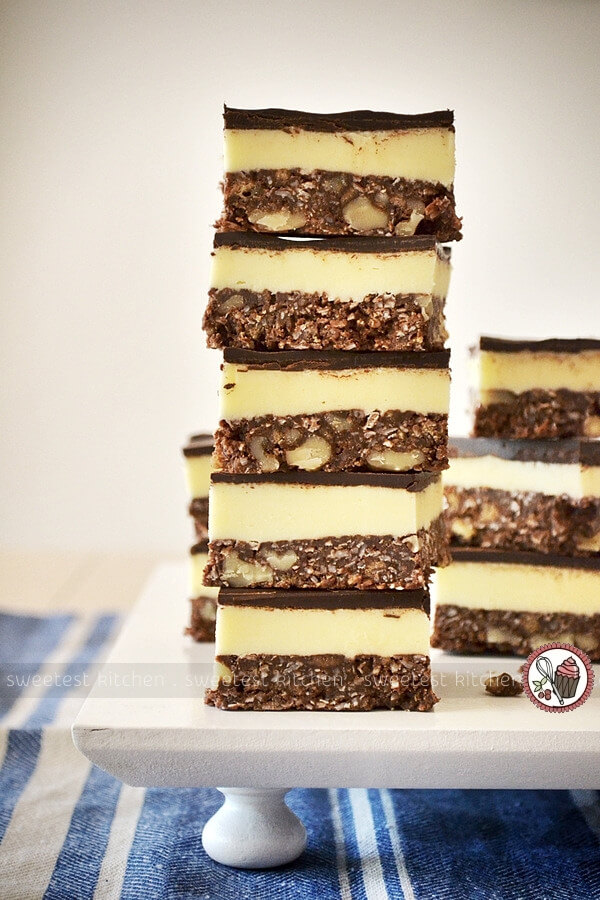 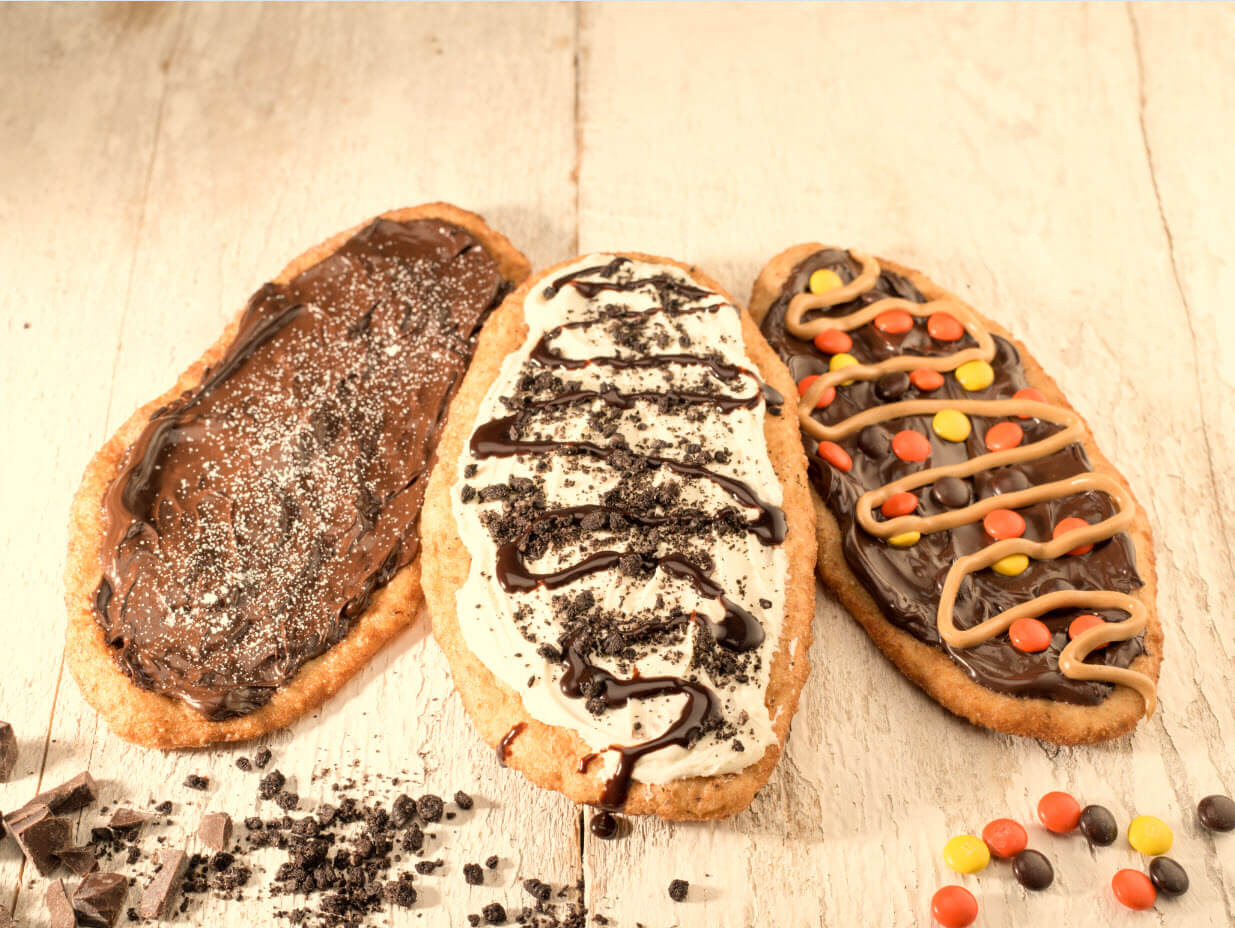 Perhaps you are in the mood for something a little bit more sugary for dessert. Then a beaver tail is what you are looking for. No, not a real beaver’s tail, but a long, thin, and flat piece of dough like that of a real beaver’s tail that has been fried, sugared, and finally lathered with whatever sugary toppings you so choose. 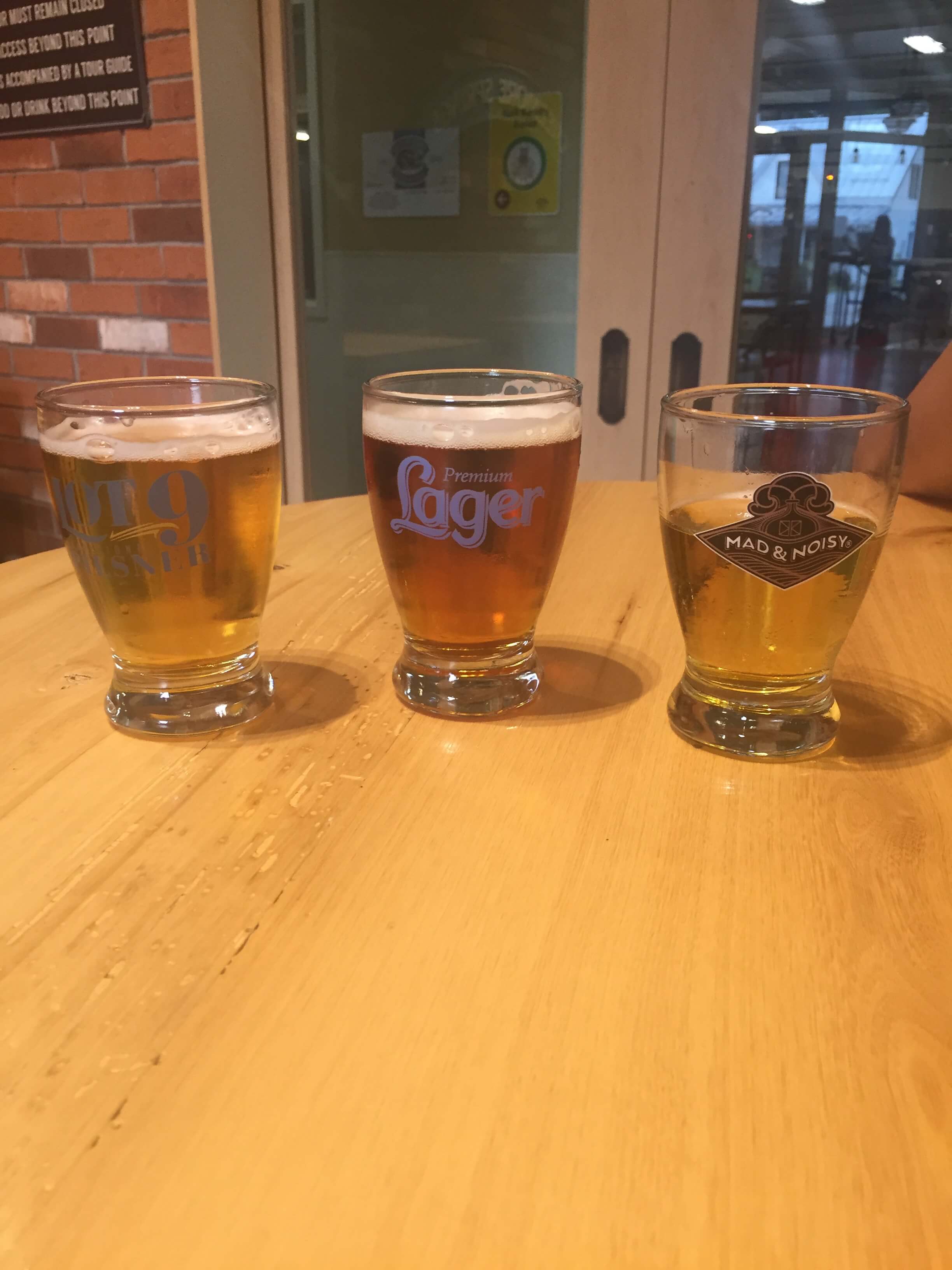 Once again, not really a dish, but something that could not be left off of a list of Canadian things to try. We are known for our beer. So make sure if you are visiting that you try one of the many local craft breweries you are likely to find in any city to wash down those greasy meals.

Canada is still relatively a new country. We are still trying to carve our path of Canadian cuisine and defining that for ourselves. However, do not think for a second that we do not have our own traditions created from years of manipulating dishes from our different ancestors and claiming them for ourselves.

Keep note of the list above for when you visit and make sure you try all of these things. Or at the very least do yourself a big favor and definitely get a steaming hot plate of poutine down your throat. Then, thank us later.