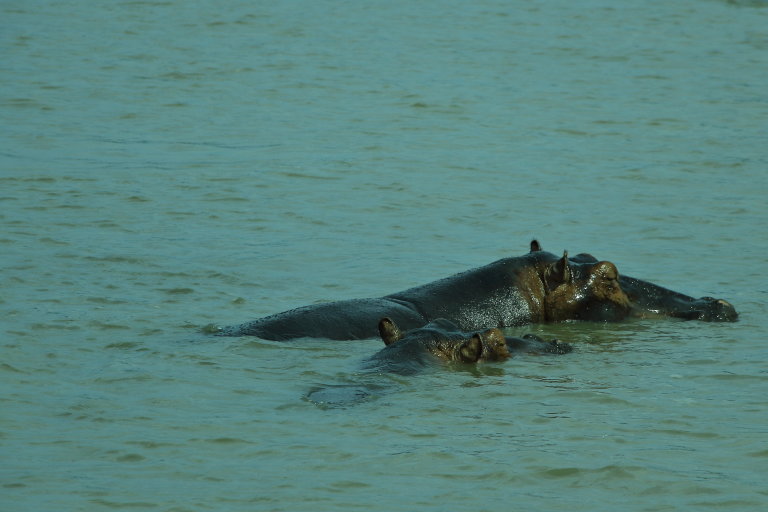 Upon the conclusion of our three nights in Bulungula, we set off early in the morning to make it to Durban before sunset. Much like our two previous drives, one from Outdshoorn to Port Elizabeth and the second from Port Elizabeth to Bulungula, we were able to make it to Durban just before sunset. After a long eight hour drive through small towns and expansive mountainous landscapes and at time flat terrain, we were ready to go out for dinner in Durban.

We are not writing a blog post on our time in Durban, as it was fairly uneventful. We stayed in a very nice area that was surrounded by sketchy areas. Our host said Uber would be our friend throughout the city. After taking an Uber from our AirBnB to the wharf, we found a nice restaurant to enjoy our dinner before calling it a night.

The next morning we were off for Richard’s Bay where we planned to just relax for the next two nights. And that was our time in Durban.

Another day was a relaxing three hour drive to Richard’s Bay after finding a nice brunch place in Durban. We prepared to wake up the next morning in Richard’s Bay and drive a couple more hours north to St Lucia where we would enjoy the boat tour safari. 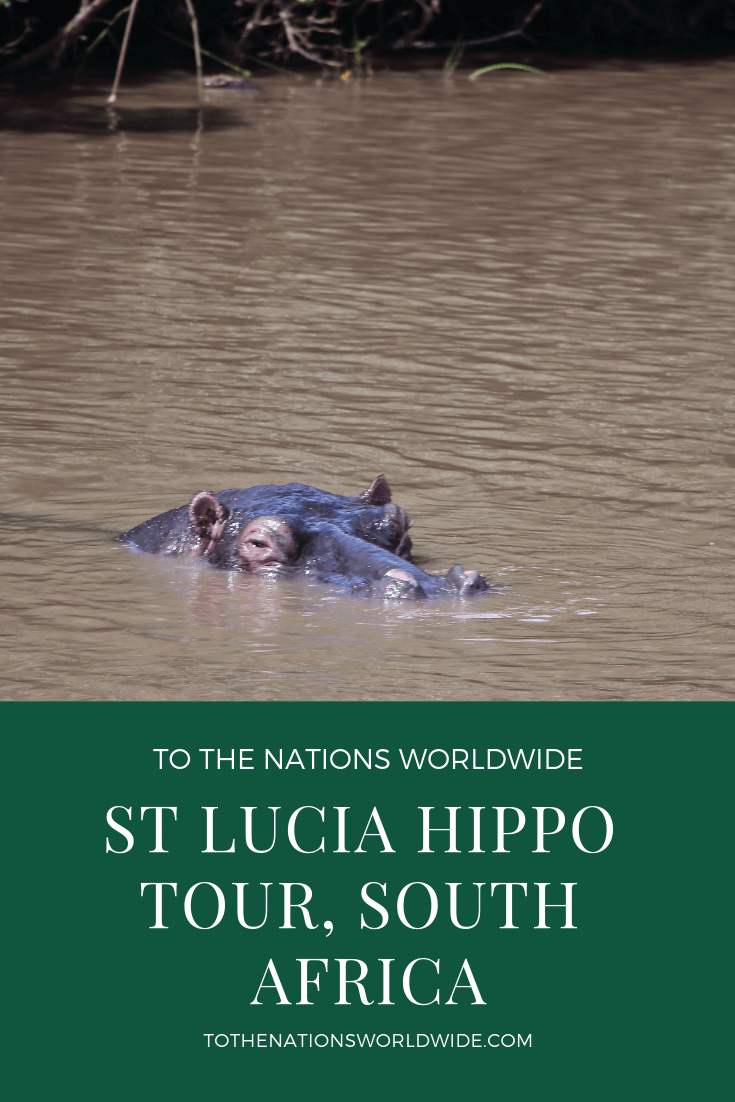 Though we knew about the St Lucia hippo tour with Heritage Tours and Safaris through hippo and crocodile infested waters before we left South Africa, we did not book it in advance. We decided that it would be something that we would decide on last minute taking into consideration our spending throughout the couple of weeks in the country.

It turned out we went ahead with it, booked the night before for about $20 USD per person for a 2 hour ride. It did not take much thinking about it. With the way our first safari at Addo Elephant Park went, we knew we needed more wildlife while we were in South Africa.

We were forewarned that we may not be seeing any crocodiles on the cruise. I do not quite recall the reasoning why, but the truth of the matter was that we were here to see hippos. And we were not let down.

A post shared by To the Nations Worldwide (@tothenationsworldwide) on Mar 7, 2018 at 7:57pm PST

Though it was mid-day in the sweltering African sun where most hippos remain mostly underwater, we got to see lots of them from the head up. We even got to see a nice big hippo yawn! Check out this video!

A post shared by To the Nations Worldwide (@tothenationsworldwide) on Jan 8, 2018 at 6:27am PST

Our tour guide was extremely knowledgeable. She talked about the area and the animals in detail. The cruise brought us close to shore to see one hippo to start followed by an antelope with its butt turned towards us. At this point our tour guide asked if anyone knew why antelope and zebras keep their rear ends turned towards us. This was interesting because on our safaris, we realized the same thing with all of these animals. It turns out that they know this is the least vital part of their body so if something is to attack them, then it should be on their rear ends as opposed to their fronts.

Continuing on with the tour, there were two fish eagles flying around protecting their territory from other birds. Even the tour guide was amazed to see them and pulled out her camera to take some photos. I was lucky enough to snag this one of the eagle in flight and others while they were in the trees.

Other birds we saw included a Kingfisher.

Finally, we rounded a corner to an opening with loads of hippos in a group. Here, a passenger on our boat asked the tour guide if they fell into the water would he survive. The answer. No. Definitely not.

Get in between two hippos or a hippo and its territory and you are done for. They are responsible for the most amount of deaths by a wild animal in the country.

It was here that we got to see TWO hippo yawns, one I caught on video.

A post shared by To the Nations Worldwide (@tothenationsworldwide) on Apr 6, 2018 at 5:51am PDT

The tour ended without many other sightings and the boat headed back into shore. The two hour drive from Richard’s Bay to St Lucia was well worth the two hour cruise. We even debated about paying again to go out on the next cruise.

The St Lucia Boat Cruise with Hippos gets two big thumbs up from us! Knowledgeable tour guides, great scenery, and amazing wildlife sightings, we can definitely recommend this tour.

Have you ever done a river boat safari? Have you seen hippos in the wild? Let us know in the comments!

Check out more from our experiences in South Africa here.

Research, plan, and book your travels with this guide to saving you time and money on your next trip.
Every traveler needs a travel blog to document their journey and start building their portfolio of writing, photography, and videos. This is the jack of all trades guide to creating your travel blog to start traveling the world while earning money.
Supplementing your travel blog with imagery is the best way to capture your readers’ attention. With this guide, you will be well on your way to take incredible photos and capturing those special travel moments.

Listen to the Travel Couple Podcast